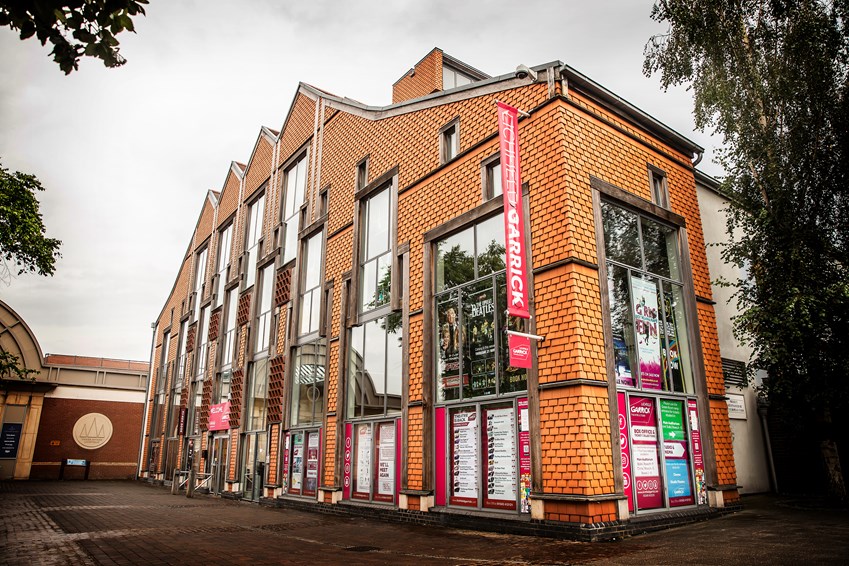 The Lichfield Garrick is a modern purposed built theatre first opened in 2003. It plays host to the best and widest range of musical theatre, drama, comedy, music and family entertainment in the City of Lichfield. In 2013, the Lichfield Garrick moved to charitable trust status. The theatre has recently won the UK Theatre Award for the West Midlands Most Welcoming Theatre (2016 & 2017) and The What’s On Award for Staffordshire’s Best Arts Venue/Theatre (2017 - 2020).

The Lichfield Garrick is home to over 400 performances each year in its two theatre spaces with the theatre, capacity 530, and the studio, capacity 150.

The Lichfield Garrick regularly produces and co-produces work, runs an Artist Development programme and a Community Engagement programme that engages with local schools and arts organisations throughout the year.